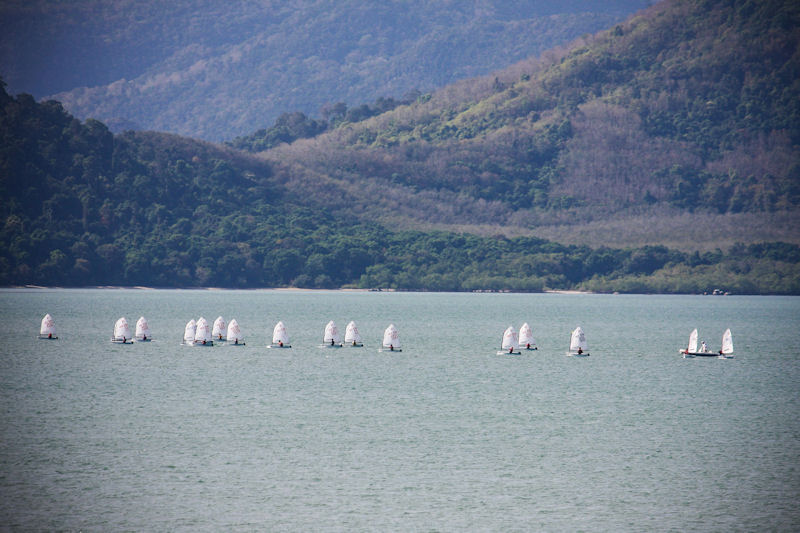 It would have been seem very good result for the girls. Their upwind and boat handling were very improved compare to the previous regatta. They are trying to improve reaching, downwind and starting.
For the boys were good at start. They still need to work on trimming, crew work, balancing at the upwind and also fleet controls technique which are still weak. For reaching and downwind, crews should play more with spinnaker. Helms must know what others do and maintain their position, concentrating on waving, planning to go to downwind mark.
About our opponent, they look very stable and they are very competitive with each other in their fleet. They are working hard especially the 420 boys. They are really good and ready enough.
For the girls, the helm is really smart at reaching and downwind. They can sail very smartly.

Day 1 –  Rigging and Tuning the boat

Tacking and Gybing on whistle

Day 6 –  Boats preparation and prepare to get ready for regatta

Rest in the evening

Sailors started to show their talent in first race

We had very good upwind and boats speed

But in downwind, the boys always lose 2 to 3 boats

Wind was still good as yesterday but condition about the sea was shifty and current was strong. In starting line, current was pushing from behind and that made us got  over the line. We got one black flag for Moe Khant and Thurein.

Day 3 –  Starting was the same time as yesterday. Wind and current were still strong. We were very disappointed to all the sailors with their starting. But boys were not as bad as girls who got black flag

Day 4 –  Last Day starting Gun at 1000. Only two race was left. That day became important for the girls. They were leading the whole fleet throughout every race.They did very well at upwind, reaching and downwind but they still need to improve more in planning and crew spinnaker work.